This month at Ian Media, we are proud to acknowledge an important and promising organization that has become the talk of Los Angeles, and more specifically its designated hometown of Glendale, California. The city will soon welcome a valuable and timely cultural complex that can become an inspiring beacon of diversity, tolerance and pride.

The Armenian American Museum is becoming a reality and it needs your support. A telethon is scheduled to broadcast live to raise awareness and do fundraising for this historic building.

TV commercials announcing the museum’s inaugural telethon started airing in late January 2019 on Cable TV channels in Glendale and Burbank, with digital video ads primarily supporting the campaign. At Ian Media, we are happy to have played our little role in researching and launching the short TV and digital marketing run for this exciting event.

The Armenian American (a non-profit organization) promises to be the first world-class cultural and educational center of its kind in North America. It will be a place for millions of Armenian Americans to connect with their culture, the rich history of Armenia and their ancestors. For other nationalities it will be a wondrous place to visit and discover cross-cultural connections that shapes the multicultural tapestry of America.

The museum will promote and educate attendees about America’s ethnic and cultural diversity by sharing the Armenian American experience. Serving as a cultural campus, its mission is to enrich the community and to empower individuals to embrace cultural diversity and speak out against injustice and prejudice.

The physical location of the Armenian American Museum

The museum will be built in the heart of Glendale a city holding over 65,000 Armenian homes are (according to census, year 2000) and one of the most vibrant, affluent cities in the Los Angeles county.  The building will be erected on East Colorado Street, a few steps away from Brand Boulevard where the world famous Americana shopping center is located.

The rich and complicated history and culture of Armenians has been the focus of many scholars and historians. In recent years a few major motion pictures such as 1915 released in 2015, directed by Garen Hovannisian and Alec Mouhibian, The Promise, a 2016 feature film by director Terry George (In the Name of the Father, Hotel Rwanda) and Intent to Destroy, the 2017 documentary film by Joe Berlinger (Paradise Lost, 1,2,3, and Metallica: Some Kind of Monster) have focused on the Armenian genocide.

The Armenian American Museum will serve as a daily reminder of injustice, resilience and hope while celebrating the humanity in all of us.

Ian Media representatives worked effortlessly to plan the TV and online digital campaign to promote the museum’s upcoming telethon utilizing the new digital platform at Spectrum Reach and the power of popular TV news networks such as CNN, Fox News, MSNBC in addition to Hallmark channel, Food Network and the History channel.

Tune in to watch the Armenian American Museum Telethon on February 17 at 4:00 PM (PT) and be a part of history.

Click here to watch an animated video tour of the building.

Here is to the American Armenian Museum the newest gem soon to shine in the Jewel City, Glendale. 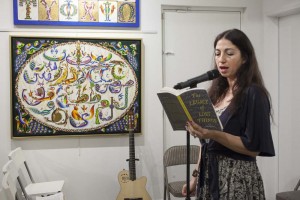 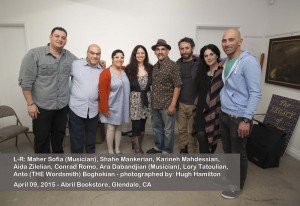