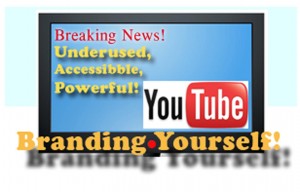 Viewers sought out information related to the Japanese earthquake and tsunami, uprisings in the Middle East and Russian elections. (Nearly three-quarters of YouTube’s traffic comes from outside the United States.) The most popular clips, racking up tens of millions of views, were a mix of raw and professionally edited content and did not necessarily focus on well-known personalities. Many of the clips were the result of collaborations between news organizations and so-called “citizen journalists” who uploaded footage they captured.

Mashable signals a warning note, however. “The collaboration is promising, but issues still exist. Although YouTube has guidelines for content attribution, not everyone adheres to them, nor to they offer a solution for every scenario.” As well, “(n)ews organizations sometimes post citizen-captured video without clear attribution; in turn, citizens are repurposing copyrighted material without permission. All too often, the source of a video cannot be identified altogether, creating opportunity for manufactured or even falsified information to spread.”

For actual data and audience numbers, look no further than the weekly list compiled by Deadline.com of YouTube’s top channels by total views, a ranking similar to Nielsen ratings for TV or Monday-morning box office figures. The move has generated considerable buzz in media circles and allows for more targeted, content-specific advertising.

Back on basic cable, the frenzy to reach voters as Election Day approaches has its pros and cons, but it absolutely benefits local and cable news stations. “At this stage in the campaign, both Republicans and Democrats are focusing the bulk of their advertising on selling their campaign message to a select group of people—those who pay close attention to the news, seek to stay informed and influence those around them,” wrote the San Francisco  Chronicle a few weeks ago.

It’s crucial for the campaigns to reach those viewers who are actively engaged. As ever, message is key: the hyper-partisan tenor of Fox News puts the channel at the top of the cable news heap. This angle has also given a boost to MSNBC to a lesser degree. Floundering right now is venerable CNN, which has tried in recent months to brand itself beyond a destination for breaking news stories. When designing your commercial spot, keep in mind the advice often given to writers and actors: the more specific you make a story, the more universal and broadly appealing it becomes.

As a media buyer or merchant, it’s crucially important to look at which channels are doing the best job at appealing to a targeted audience, whether it’s a progressive or conservative crowd, or a local news channel that has the best rep for serving the community. A clear, concise and appealing TV spot won’t do much good if your core customer base is watching the other channel. And right now, you can probably find your audience on a couple of basic cable news stations and on YouTube (and not only on those funny-kitty channels).