Born Arnold George Dorsey, on 2 May 1936 in Madras, India, his stage name Engelbert Humperdinck comes from the 1911 century, Austrian composer who wrote “Hansel & Gretel.” His voice, most of his fans will agree, comes from heaven, with a stellar career spanning over forty years, selling 150 million records, worldwide.

Engelbert has recorded everything from the most romantic ballads to the platinum-selling theme song “Lesbian Seagull” for the “Beavis and Butthead Do America” movie (1996), making him a cross-generational entertainer with a wide spectrum of fans.

In 1999 he recorded The Dance Album as his first album in the dance genre. It featured newly recorded dance versions of six of Engelbert’s greatest hits, plus five original songs. Favorites such as “Quando, Quando, Quando” and “Release Me” reworked by dance producer and remixers Chris Cox and Barry Harris (aka: Thunderpuss 2000). The album was a runaway hit with “Release Me” hitting Top Ten on the Billboard Dance charts. 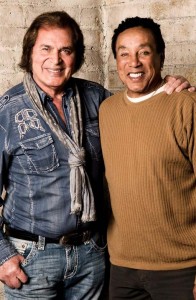 For the ladder parts of 2012-2013, Engelbert has been working on a new collection of duets with superstar friends like Sir Elton John, Smokey Robinson, Willie Nelson, Seal, Charles Aznavour, and Kenny Rogers taking their place at the microphone to record with the world famous crooner.

“The CD is shaping up extremely well and I am delighted to be working with some of the greats of this industry,” Engelbert told Noise11 recently, in an interview about this collaboration.

We are glad to announce that one of the rare opportunities to see EH Live, in Los Angeles is this Sunday, August 04, 2013, at the Burbank Starlight Bowl, in Burbank CA as a part of his North American tour with shows in New York, New Jersey, Florida, Mississippi, Nevada, and more.

See the current TV commercial below or CLICK HERE.